To celebrate the return of Gamescom, Microsoft Flight Simulator today released its first ever city update featuring five brand new photogrammetries of German cities: Hannover, Dortmund, Düsseldorf, Bonn and Cologne. Simmers will even be able to see the famous Koelnmesse, home of the famous gamescom show. This free update can be downloaded right now on the intrasim market.

Besides, Microsoft Flight Simulator revealed additional details about the upcoming release of the exciting 40th Anniversary Edition. It will be available for free on November 11, 2022 for owners Microsoft Flight Simulator or Xbox Game Pass subscribers, and for the first time since 2006, helicopters and gliders, our community’s most requested enhancements, will be available. In addition to helicopters and gliders, we will be introducing another highly requested feature by the community: a realistic airliner, a complex Airbus A-310 where almost every button works as expected.

We also celebrate the legendary history of aviation with seven famous historic aircraft in Microsoft Flight Simulator 40th Anniversary edition. These aircraft include the 1903 Wright Flyer, 1915 Curtiss JN-4 Jenny, Ryan NYP Spirit of St. Louis of 1927, Douglas DC-3 of 1935, beautiful Grumman G-21 Goose of 1937, Havilland DHC-2 Beaver of 1947, and the famous Hughes H-4 Hercules of 1947 (the largest floatplane and the largest wooden aircraft ever created), also known as Spruce Goose.

We’re also adding four classic airports, including Chicago’s Meigs Field, which is the traditional launch airport for the Microsoft Flight Simulator franchise. This is an exciting update full of aviation history, dedicated to our community and the beauty of aviation!

We hope you enjoy City Update 01 (German Cities) available today and stay tuned as we prepare to introduce you Microsoft Flight Simulator 40th Anniversary Edition 11th of November. The sky is calling! 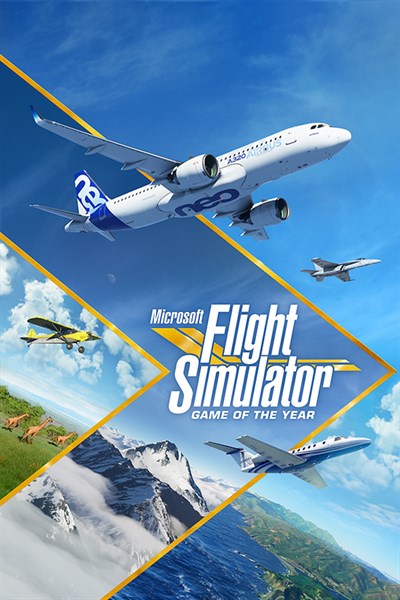 Microsoft Flight Simulator is the next generation of one of the most popular simulation franchises. From light aircraft to wide-body aircraft, fly stunning aircraft in high detail in an incredibly realistic world. Create your own flight plan and fly anywhere in the world. Enjoy flying day and night and face realistic challenging weather conditions.