It’s interesting to see how the Mana series has been treated over the years, both by Square and by the general public. Secret of Mana it was widely considered one of the best RPGs of its time and still carries some weight, but many of the other titles either haven’t been localized or reached overseas years since their initial release. Legend of Mana– the fourth entry in the series – was one of the first to be located, but was welcomed to the release with an average reception. Now, more than twenty years later, and after 2019 Mana Collection and u Mana test remake the following year, Square has finally seen fit to bring this unfortunate classic to light, and while many aspects remain, it is undoubtedly a lot strange game.

The narrative of Legend of Mana is … confusing, to say the least. You start out as an unnamed character, self-inserted, and are charged effectively raising the world as you explore it. The story goes that the legendary Mana Tree burned down centuries before the events of Legend of Mana and the world of Fa’Diel were subsequently broken up into fragments called “Artifacts” which were then scattered. In general, there are three “bows” in the story, but they can be experienced in any order you choose and are each composed of a series of secondary requirements that can also be played in a very loose order. 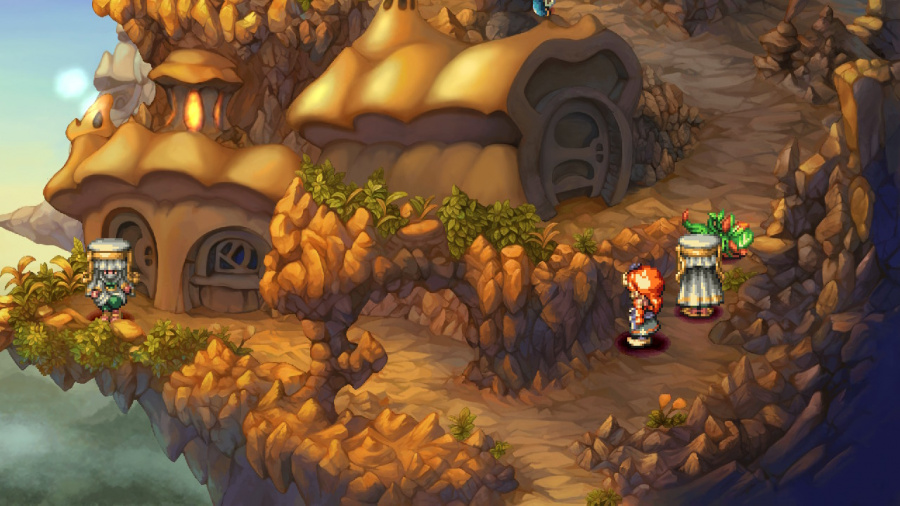 In view of this non-linear approach, it is certainly advisable to approach Legend of Mana with an open mind. If you get into this expecting a typical RPG story (or even a “normal” story in general), you will be very disappointed. Legend of Mana plays more like a collection of lightly connected fairy tales all located in the same world, connected to each other in various thematic ways. And while you port teasing a “main” search over time, is so esoteric and airy that it can’t be described as apprehensive. This is not to say that the narrative is weak, however, as themes such as love, war, genocide, and persecution are all explored in ways that can be outrageous.

The gameplay is very similar in its structure, meaning that it is often difficult to understand and poorly explained, but not necessarily of low quality. The base cycle consists of placing “Earth” at various nodes in the world network, allowing you to enter that land and interact with any city or dungeon that might be contained within it. Each Earth has at least one quest for you to complete, and most missions will provide you with at least one new Artifact to place a new Earth and repeat the cycle. As you can probably guess, this means that there is a bit of player agency to play around with. The advantage of this, however, is that there is almost no direction on what to do next.

Some searches are good for pointing you in the right direction, while others give only the faintest hint as to where you should go. In the latter case, it can then be quite frustrating when you have to basically try and go your own way until you finally find the NPC you need to talk to to make things move again. This is conceivable, of course, as it is clear that developers want to encourage them to engage with more of the world and really dig in, rather than simply sprinting from point A to B as efficiently as possible. However, those of you who do not have the patience for this more practical approach to research conception will find that Legend of Mana can more often than not be a challenging experience to analyze. 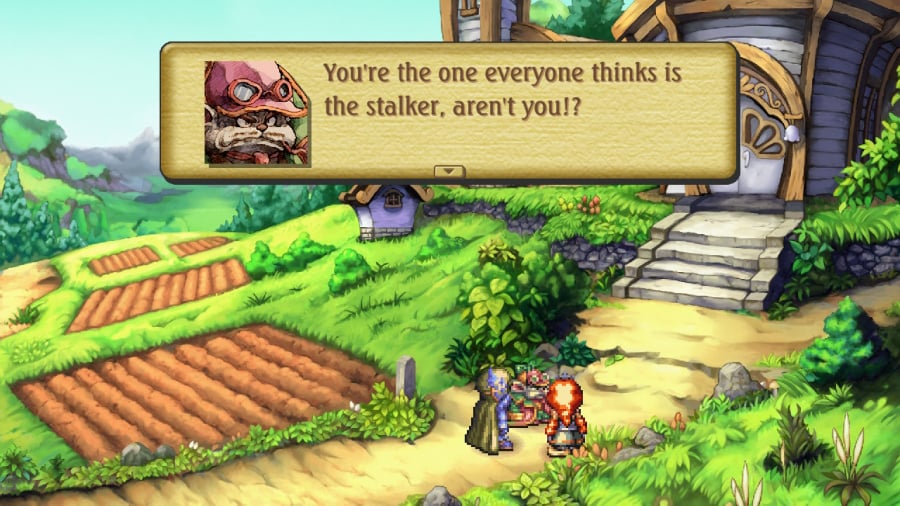 Similarly, this isn’t exactly a game we recommend to gamers, since there’s a lot of misalignable content along the way that you can forget about without knowing if you don’t have an open guide on another screen. Again, this is by design, as it is clear that Legend of Mana expects you to play it several times through a new game if you want to see all that it has to offer. Not only are branching paths and dialogue options abundant among the dozens of missions here, but the order in which you complete missions and place new Earths also influences the type of content you can engage with later. This is not strictly a good or bad thing, but it is at least an interesting thing.

Of all things, combat is probably the most straightforward aspect of Legend of Mana. Enemies turn the card on the dungeons and can trigger a live-action encounter that takes place here. Once in battle, things feel a bit like an upgrade to take a hit, while tightening up a myriad of combos and special attacks to defeat your enemies. If you have a close friend, you can also jump in and take control of one of your many party members, which can add a fun dimension of co-op to the experience.

The main problem, though, is that it’s pretty clear that this title came out several decades ago. The combat mechanics are good, but actually performing these moves feels pretty stiff and awkward, which can make the action from moment to moment feel subdued. Now, the Mana series has been one of the first notable examples of live combat in an RPG, so it’s hard to expect too much from a pioneer, but it’s hard to look beyond the flaws when many years of iteration in other games have widely improved on this foundation. The combat is certainly playable and always fun, but we advise you to manage your expectations as you get into it. 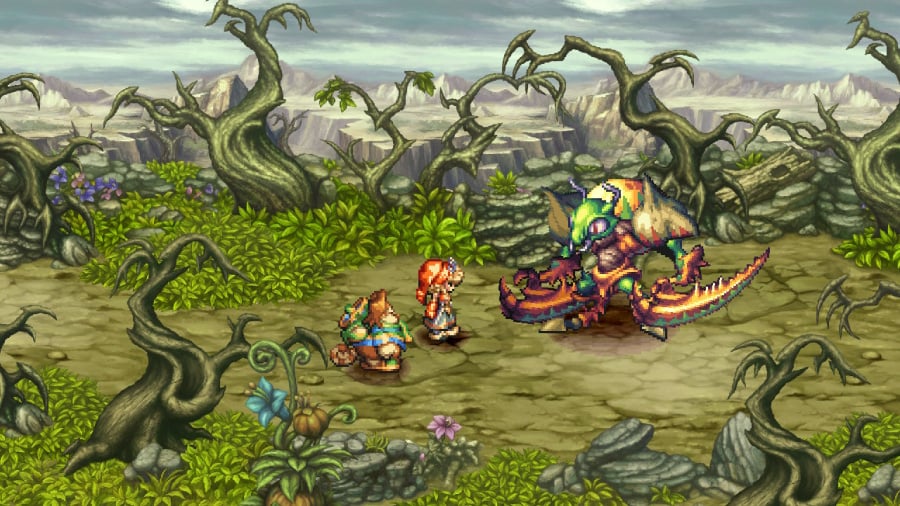 In case you’re not even reunited, Legend of Mana is always and surprisingly so strange as it presents itself, but perhaps this is where our main critique of experience lies: it is too opaque for its own good. There’s nothing wrong with turning the RPG tradition around and trying bold new ideas, but it’s critical that a game teaches the player those ideas. At some point, your state growth through the level is very much tied to whatever weapon you use the most, but the player is never told how or to what extent. Aside from reading the detailed guides from the Internet, basically just flip through it and hope you don’t make unnecessary things difficult for yourself in line when enemies start to pick up harder. Legend of Mana is full of things like this, which can lead to a strangely disappointing experience when you realize hours later that you’ve done something wrong or you’ve completely missed a semi-important part of the game cycle.

One thing that is impossible to miss, however, is the stellar audiovisual presentation Legend of Mana has to offer. Despite the use of pre-rendered backgrounds for most maps, it’s hard not to be fascinated by the carefully detailed panoramas you explore. Whether it’s a city of stretched castles or a lush jungle, the surroundings are colorful and positively packed with all sorts of little things that make the world feel like an “inhabited” place. All this is supported very much by Yoko Shimomura’s sympathetically capricious soundtrack, whose sweet and fantastic style corresponds perfectly to the fairytale aesthetic here.

We think it’s also worth mentioning that the M2 port developer has done what it can to make it feel like the definitive version of this classic. Alongside the remastered soundtrack and visual touches, low quality of life things like the inclusion of auto-save or the option to activate and encounter enemy encounters to help Legend of Mana feel a little less dated. There’s also the Ring Land mini-game, which was previously exclusive to the PocketStation peripheral only in Japan. 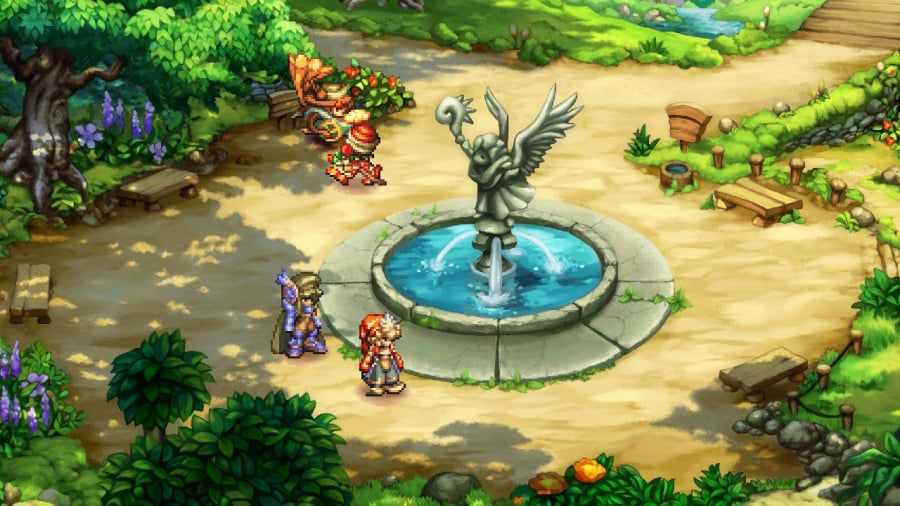 While there is no mistaking this version of Legend of Mana for a full remake to the the recent Trials of Mana, however this is easily the best way to play this game now.

It’s easy to see why it was such a polarizing title on release. There’s a lot to love here, but Legend of Mana can be tiring as it likes to play “hard to get”. All the ingredients and individual pieces of a strong, impressively innovative RPG are present, but it feels like the developers simply threw all these ideas into one bag and shook them vigorously, instead of taking the time to present all those ideas. in a consistent way it is neat fashion. We will give this a recommendation, but only to fans of the genre, specifically to those who prefer more experimental titles. If that doesn’t describe you, there’s still a good chance you’ll find something you like about Legend of Mana, but you just know it can be more of a mixed bag.