Update: It has now become known that Blackwind will release a little later than originally planned, and a new release date has now been confirmed – January 20.

A new trailer has also been released, which can be viewed above.

Original article (Thursday, Jul 8, 2021 11:00 BST): Blowfish Studios and developer Drakkar Dev have announced that Blackwind plans to launch on Switch and other platforms in Q4 2021.

The game is a sci-fi platformer that puts players in the shoes of James Hawkins, the “incredible” hero and the only hope for the planet Medusa 42. The planet is under attack by a horde of aliens, and, you guessed it, you have to go to the front lines to fend off the alien threat using your ship’s handy AI system, Blackwind.

As a human mining colony on the planet Medusa 42 fights an invasion by the terrifying aliens known as Raknos, an unlikely hero pair joins the fight. James Hawkins, a teenager with no formal training, finds himself in a mechanical Battle Frame suit. Determined to push Raknos back, save the colony, and find his father, James – and Blackwind, the sentient Battle Frame AI – are thrown into battle, unlike anything Medusa-42 has seen before.

Dress up and charge into battle using melee strikes, ranged fire, and powerful special attacks to blast your way through alien insectoids. Transform Hawkins from a rookie to a seasoned warrior by upgrading your Battle Frame skills on three branching paths. Transform the suit into a death machine by executing energy blade strikes before dashing away from danger and launching missiles at oncoming enemies, or use special powers to finish off all stragglers. Launch your trusty drone to access areas too small for the Battle Frame’s imposing frame. 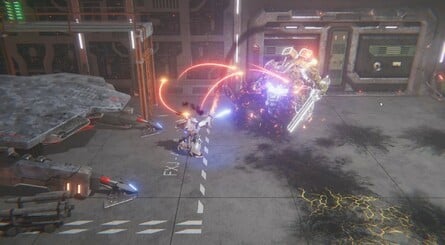 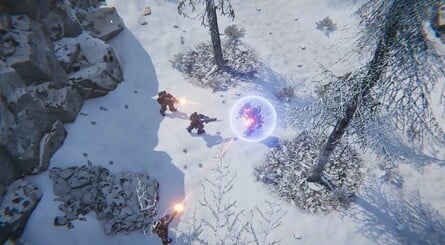 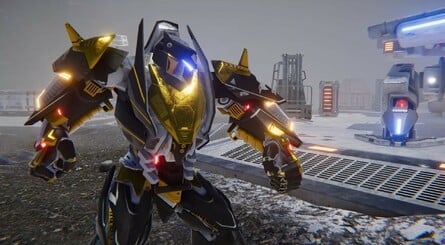 You will traverse many locations, including desert, snow-capped mountains, forests and more, and you can do it alone or with a friend in local co-op mode. If you take the cooperative route, one player controls the mech suit and the other attacks it with a drone.

When it arrives later this year, it will be available online for $ 19.99. Interested? Share your thoughts with us in the comments.

The Game Awards has a “world premiere” that the developers have been working on for 2.5 years, and we can assume that this is Zelda

AI: The Somnium Files is the official box art of the nirvanA Initiative

For some reason, fans are bringing PlayStation back to life
5 hours ago